Millions of family resides on this wonderful planet. Every family wishes to live a happy and smooth life because that is human nature at its simplest. But why does only a handful get what they want? This very thought floated in my head for years. As a child I was curious giving this world something, contributing for it. I had an urge to help people. I believed that the utmost thing one can achieve in one’s life is certainly not wealth or health; it is satisfaction. I always believed in the fact that positive vibes can be felt and released only through true satisfaction. And two things satisfied me. Travelling and helping out people, be it anyways. I always had opportunities to travel but I missed all the chances I could help. I would not see them until the moment has passed. I always thought of things and never cared to act. But it was only one day that I had to think physically and not emotionally. The world remains still and same but my perspective towards it totally changed.  That particular day changed everything and I don’t really know whether to mourn for it or celebrate for the ideas and perspective it had given me to look at this world.

9th August, it was Saturday and I was doing my regular stuff. I was feeding myself news from Facebook when I came across a picture; a young boy holding his crying mother. Usually, it should be the opposite and may be that is the reason why whenever I see that picture, time stops for me! I just am lost in my own world of imagination. Then I heard a voice inside me yelling at me to act on it. The picture was taken after a landslide in Sunkoshi. I researched about it. The landslide had crushed the hopes of hundreds of family. Families just like yours and mine. Just imagine how it would feel if everything your family owns just disappears. The house crushed by falling rocks and the dreams that melted in the crushing waters. 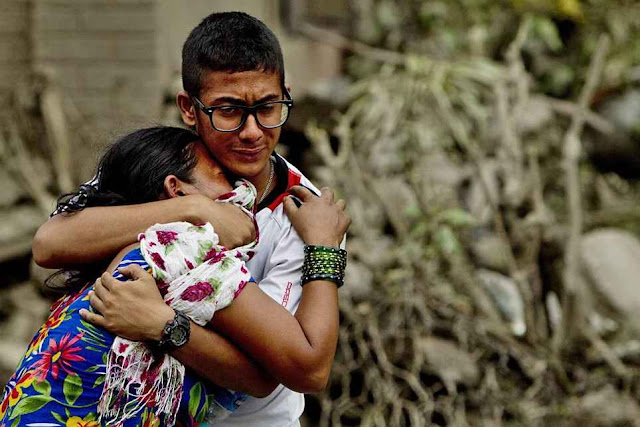 I did my homework on the landslide and the more I researched about it the more it pinched in my heart. So, I decided to step up. I stood and decided to raise money for them but this was the first time I had ever acted upon a nation-wise cause. I simply did not know where to start from and what would be the end of it. But I did not let anything stop me. I discussed it with my fellow friends and what I ended up with was something I did not see coming; their supportive words and valuable suggestions, let alone the fact that they also wanted to be a part of my idea, made the cause even bigger. I had given my friends a hope; a hope that with our little hands and little contribution, a bigger disaster would seem smaller. I felt something on my shoulders; sense of responsibility it was.

There were countless memories during fund collection process, but incidents which I recall the most were one of its kinds. When I put forth my idea to one of our major hits in college – Dipendra Dai, he appreciated our idea by opening Coca-Cola bottles and we all quenched our thirst. With our settling thirst for the day, we all knew the very same thirst would rise again the next day, and we were not afraid. Our horticulture teacher was ready to set our work experience program practical as ‘’fund collection campaign” and by that time, number of people involvement were increasing and I was vanquished when I noticed our crowd reached sixty plus because we started from scratch. 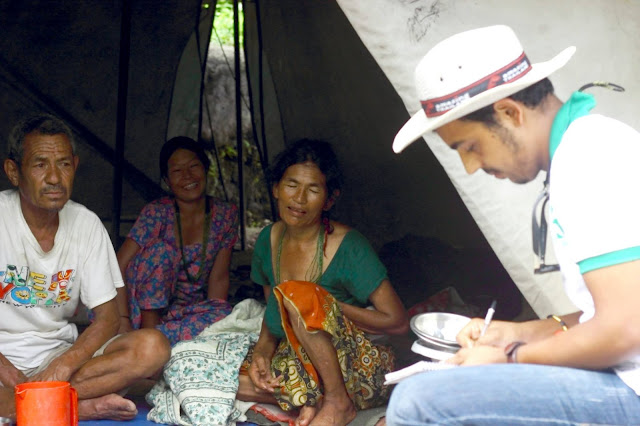 At the end of the day, I and my friends were successful to raise twelve thousand six hundred and fifty five rupees which was more than overwhelming amount for us as we had not hoped for so much. The very next day (12th August), we had plans to collect fund inside college premises so we set up our donation box and were able to collect 12 thousand rupees more. Some beautiful memories, for instance, when we went to boys hostel at around 9:30 pm to collect the fund as this was the only time when everyone used to be in the hostel’s compound. The brothers there were drunk and that might be the reason why everyone contributed a large amount. Even though they were drunk and high, they were really appreciating our work.

I was in Kathmandu on 13th August and I met Samrat and Bijay brother who was working actively and positively for the cause. But since my exams were near, they  suggested me to stay and study. I took their advice and I also kept in touch with them who updated me time and again. From the money we had collected, we decided to buy groceries and stuffs for the needy people. On 16th august, we all went to the spot and we distributed the stuffs that we had bought. But the fun part is on the way. We had lunch at around 10 at Dolalgaht where had the pleasure of meeting with two Superstars and social activist, Madan Krishna Shrestha and Hari Bansa Acharya. We also had a real nice picture with them. 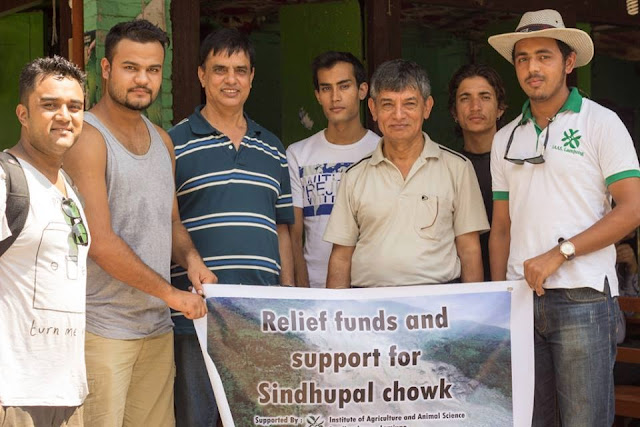 After one hour of journey, we reached the spot. The air sadly carried the smell of all the dead bodies with it. A school bus was also crushed and all these scenes did nothing but made us even sad. But we kept all our emotions aside and had a talk with the locals and the victims. We all tried to go near the dam but in the end only I got the closest. I regret that I could not meet my friend Ashmita as she was also there with the relief supplies. Everything was very unsystematic and unmanaged. In spite of that we donated all the goods that we brought like clinical mask, parasitamol, sancho, bucket, towel, soap, toothpaste/brush, mat, antibiotics, nail cutter. As per the information that we got food supply was already adequate there so we decided to focus our goods for sanitary issues .  Every victim was not able to get what they deserved. So, we did not get the satisfaction we were hoping for. So, we decided not to waste our remaining amount in something so unmanaged and we concluded to give the money to a school construction project. We put the money in the bank for it. on our way back, although we were not satisfied with all the victims not getting what they deserved, we were relaxed in one way or the other. 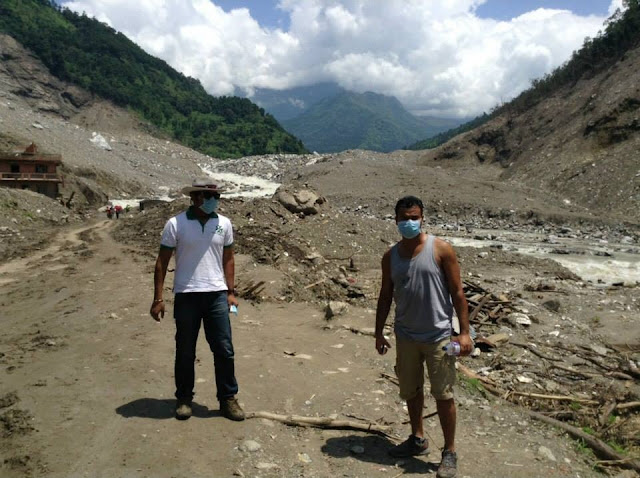 In a nutshell, I realized that I did not want any of the fame. All I wanted was my work to be counted and I got that. I am really proud of my friends who always encouraged me along the way. I will never miss a chance if I have to contribute to mankind and/or nature. It’s one thing to live for ourselves and it’s another thing to live for others and I happen to like the later one.
Posted by Unknown at 5:38 PM